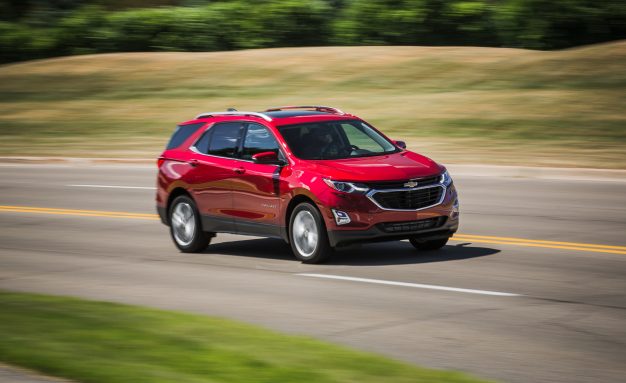 When manufacturers aren’t introducing brand-new vehicles to fill the nooks and crannies that remain between segments, they’re altering the sizes and shapes of existing models to better fit the boundaries that have solidified since those cars were first introduced. With the all-new 2018 Equinox, Chevrolet is doing the latter: The new Equinox has been downsized to more closely align with other compact SUVs such as the Honda CR-V, the Mazda CX-5, the Ford Escape, and the Toyota RAV4, and in the process the Chevy has become a much better vehicle.
Chevrolet’s previous-generation Equinox, which debuted in 2009 and ran all the way through the 2017 model year, was nothing if not sedate. It served its purpose well enough but did so devoid of enthusiasm. Engines with peak torque high in the rev range paired with automatic transmissions that upshifted too early made for a lethargic combination on the road.